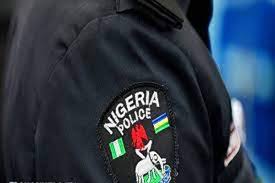 The Inspector-General of Police, Usman Baba has restated that his administration will not relent in fighting crimes and criminality in Nigeria.

In a statement by Force spokesman, Muyiwa Adejobi, the IGP hailed the Oyo Command, and the Force Intelligence Bureau Intelligence Response Squad (FIB-IRT) for recent successes.

The IGP acknowledged the achievements recorded via identification, trailing and arrest of criminal suspects through technical and human intelligence.

The suspects were nabbed after concluding plans to attack a new generation bank within the Ibadan metropolis in Oyo.

The FIB-IRT also arrested five members of a fraud syndicate specialized in breaching bank accounts of individuals and corporate bodies.

The police caught them as they attempted to hack into a company’s account and steal N3.4billion.

Adejobi added that the suspects would be charged to court upon conclusion of investigations.

Baba assured of commitment to maximize operational capacity and charged officers to continue to go after those engaging in nefarious activities.

Why we cannot intervene in rising price of diesel, aviation fuel – FG

This site uses Akismet to reduce spam. Learn how your comment data is processed.

No fewer than 262 smallholder farmers under the USAID-funded Feed the …
August 17, 2022

Environmental right activists have raised the alarm over the continuou…
August 17, 2022

The House of Representatives’ Committee on Public Accounts, on Tuesday…
August 16, 2022

The Academic Staff Union of Universities (ASUU) is scheduled to meet w…
August 16, 2022

The accreditation of no fewer than 159 undergraduate courses in nine f…
August 16, 2022

The Pan-Yoruba socio-political organisation, Afenifere, has asked the …
August 16, 2022

The Federal Government’s intervention fund to the electricity distribu…
August 16, 2022

Wale Bolorunduro, a former Commissioner for Finance in Osun State has …
August 15, 2022

In spite of the billions of Naira generated from the sale of expressio…
August 15, 2022

Tinubu will continue from where Buhari stops – Nas…

The Oodua Peoples Congress and the Fulani traders who were alleged to …
August 15, 2022